The Club Executive may in its sole discretion award one lifetime membership per year to a member that has provided outstanding and long term service to the club. The criteria for selection are:

The criteria for selection are: 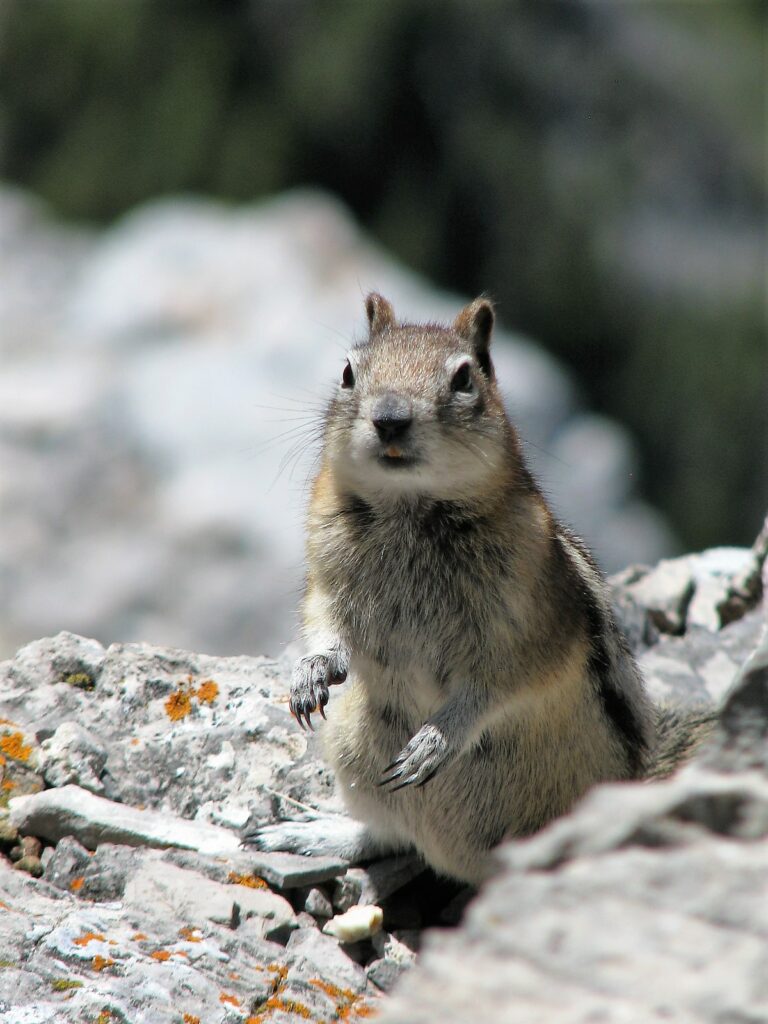 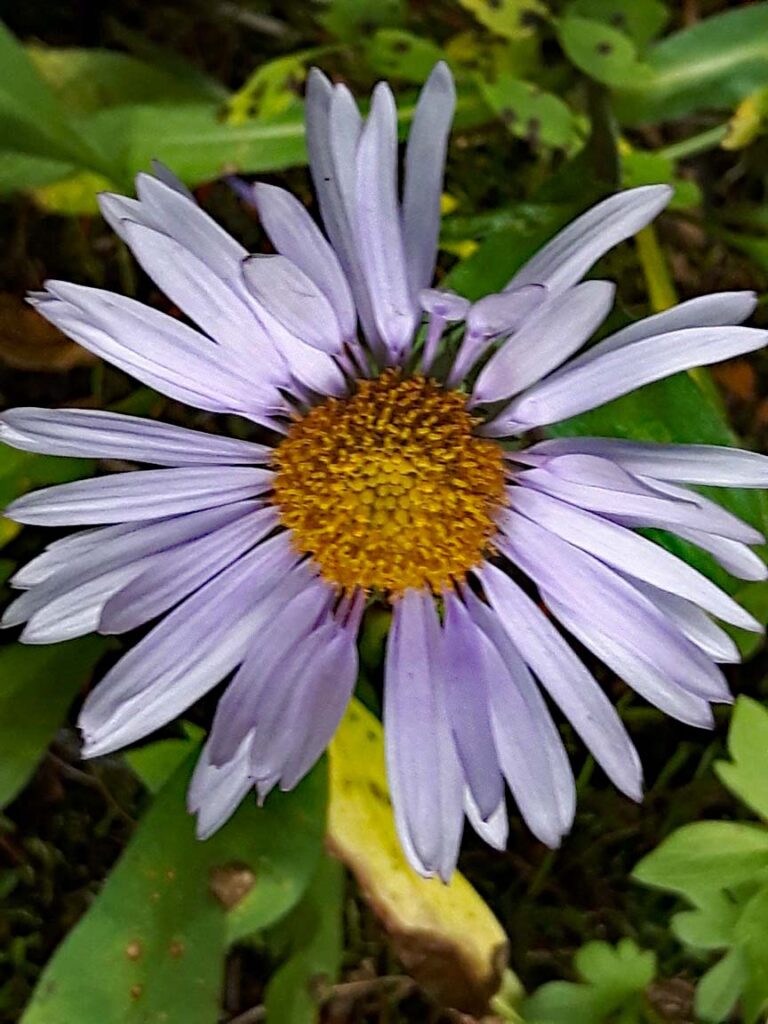 Sylvia Baran was chosen as the 2017 winner of the Lifetime Membership Award and  certainly earned that honor through her hard work and dedication to the club over the 16 years. Sylvia held many positions on the executive over the years, including stepping up mid term when a President had to step down early. Sylvia was instrumental in contributing her wisdom to guiding the club into a successful state.
Sylvia is our liaison with the Adopt-a-Trail program and has coordinated and participated in the annual clean-up of Tuff Puff. She was also our representative with the Alberta Hiking Association and held a board position while we were members of the organization. She has coordinated numerous trips over the years, is famous for her ability to make it snow on any backpack anytime of the year and participated in many more. Sylvia has also presented at various club meetings sharing her backpack recipes and tips to help make trips more enjoyable.  Thank You for your contributions and Congratulations on earning this award! 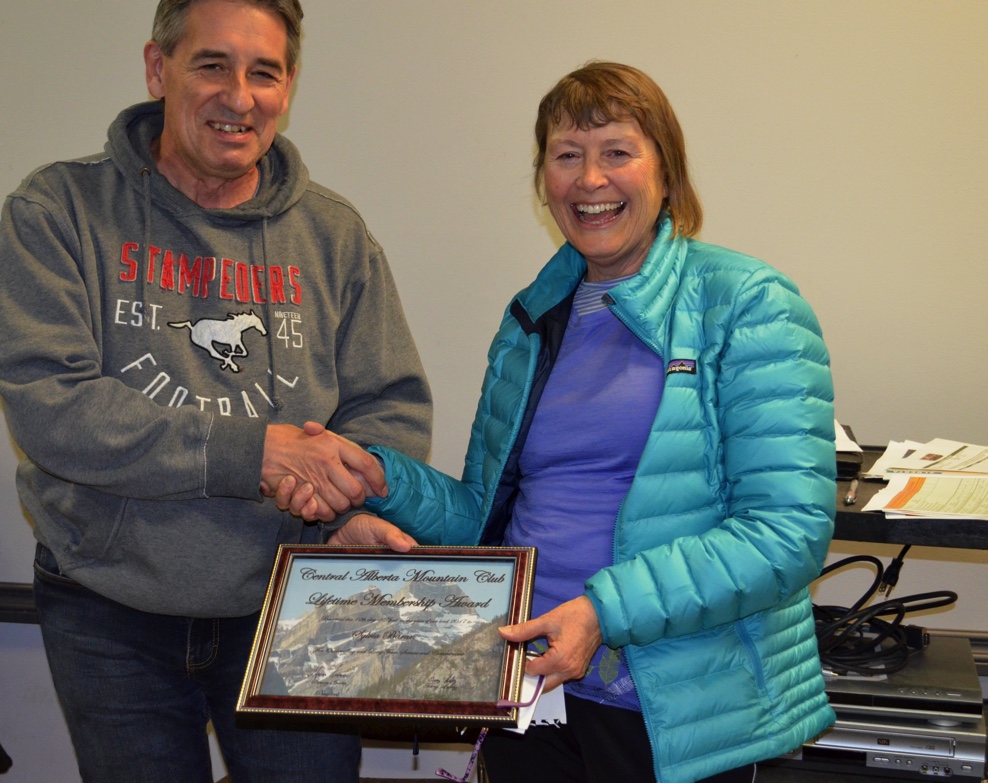 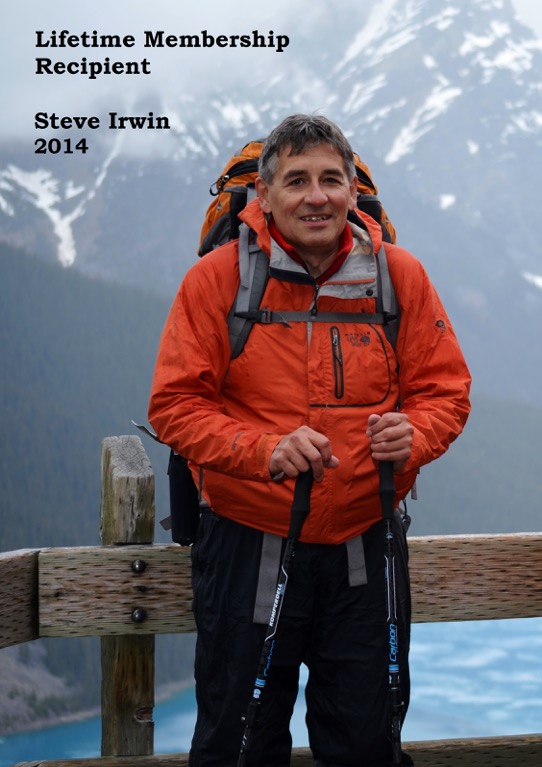 Steve Irwin was unanimously chosen by the executive as the very deserving recipient for the 2014 lifetime membership award. Steve has been instrumental in strengthening and expanding the Central Alberta Mountain Club. He has held many executive positions. By developing and implementing the weekend long Trip Coordinators’ course, initially with Jack Burns and then with his wife Sandy, we have the benefit of many new qualified trip coordinators. This has allowed the schedule for the season to be completed with many levels of hikes, scrambles and backpacking trips. Steve has also coordinated many unforgettable trips. His trademark is to usually go off the beaten path and to include many adventurous elements.  And who can forget Steve’s unique sense of humour and warm hospitality?

Steve dedicated his expertise and many hours to the revision of the constitution, bylaws and procedures as well as creating and simplifying the clubs legacy website.  Thanks to Steve, our club has really benefited from his contributions as a key member and can look forward to many​ more memorable adventures. 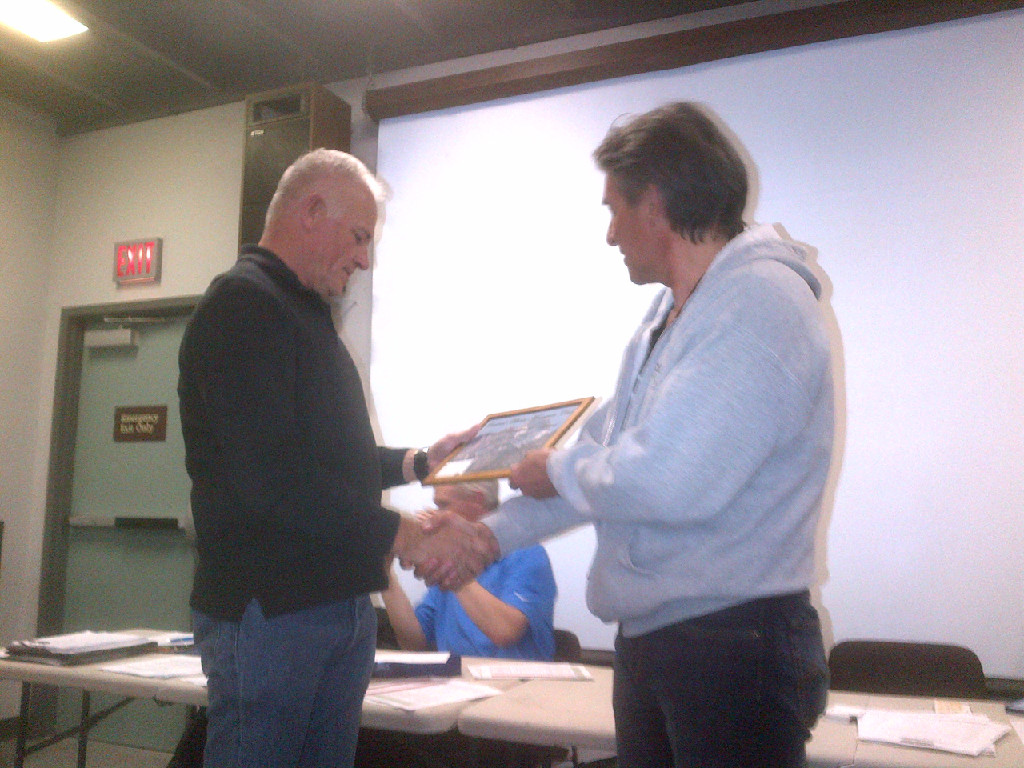 Since the inception of the Club, Jack Burns was an active and important member in the successful development of the Club, so much so that Jack was awarded from among several candidates the first lifetime membership in the Club this past April.

As President, Vice President and Trips Chair, Jack provided executive leadership to the Club.  As one of the most active leaders, Jack coordinated innumerable trips into the Rockies, both day trips and backpacking.  He organized and coordinated trips to the American South West for Club members.  Jack was instrumental in developing and implementing education for CAMC members.  He was a major contributor to the weekend long trip coordinators training as well as planning and running map and compass and winter survival courses.  His contributions to the CAMC were many and very substantial.